According to the WHO (World Health Organization), coronary heart disease is the leading cause of death worldwide, claiming the lives of more than 7 million sufferers every year. Similarly, the American Heart Association says that up to 475,000 Americans die of cardiac arrests in any given year. Out of that 475,000, more than 350,000 of these incidents are outside of hospital cardiac arrests (OHCA’s), with 90% of these reported to be fatal.

These alarming statistics have urged the state and federal governments to require public establishments such as workplaces, shopping centers, and other places with high traffic to have access to AED’s. The National Safety Council surmises that up to 40,000 deaths due to cardiac arrests can be prevented if this medical equipment were more accessible to the public.

There’s no doubt that AED’s can save lives. With that being said, what is an AED and what does it do?

What does an AED do?

You might have seen this medical equipment in public places; an encased tool located conspicuously and in plain sight. Unlike a first aid kit, an automated external defibrillator is what you need in tackling a more serious health emergency like sudden cardiac arrest (SCA).

This serious health problem is often confused with a heart attack. For those who are unaware, a heart attack is caused by a blockage in the heart’s blood vessels, preventing proper blood flow and causing the heart to stop. A sudden cardiac arrest, on the other hand, is an electrical malfunction, causing an erratic blood pumping action. An abnormal heart function can trigger loss of consciousness and breathing difficulties.

SCA can affect anyone regardless of age, and there are rarely any warning signs. Fortunately, an AED device can be used to check a person’s heart rate and provide an electric shock to correct the malfunction, if necessary. This medical device can save lives by detecting two abnormal heart rhythm functions: Ventricular Fibrillation and Ventricular Tachycardia. Once it detects abnormal heart rate, it notifies the user to send an electric shock to restore its normal rhythm.

This medical device may look complicated, but it’s relatively easy to use. Apart from monitoring heart rates and delivering an electric shock, it also provides rescuers with instructions on how to perform Cardiopulmonary Resuscitation (CPR) properly.

CPR is defined as a lifesaving first aid procedure applied to a person whose heartbeat has stopped. It can also be performed in people who have stopped breathing, for instance, those who have been saved from drowning. The procedure aims to restore the flow of oxygen towards the brain and the body’s other vital organs.

Part 2 coming soon: The Importance of Access to AED’s 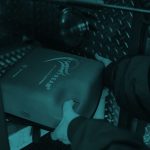 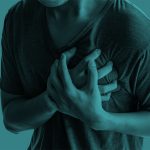 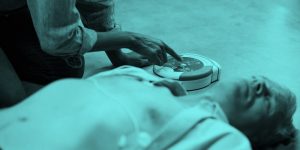 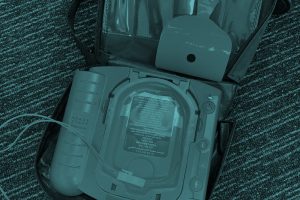 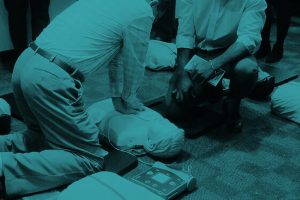 The Importance of knowing how to use an AED